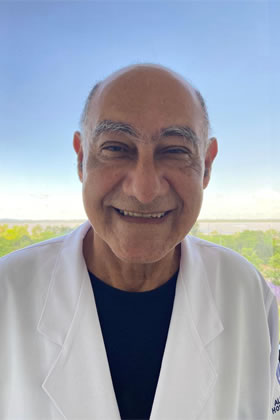 Creator of the technique “Laparoscopic Prostatectomy for Benign Prostatic Hyperplasia", Dr. Mirandolino is a specialist in robotic surgery by the Intuitive (USA) and coordinator of the International Course of Urological Surgeries for Video, the Urovídeo, carried out annually in Goiânia since 1999. Urovídeo has formed more than 500 professionals from Brazil and of other countries as Portugal, Spain, Greece, Ecuador, Peru, Chile and Argentina.

Head of the Urology ‘s Service of the Santa Casa de Misericórdia de Porto Alegre, he has extensive scientific production with countless prizes in Brazil and outside, like the most recent: Better Free Clinical Subject of the 32nd Brazilian Congress of Urology, in 2009, with the paper “ Brazilian Multiinstitutional Project – Surgeries endourológicas transumbelicais in human when the Single Port SITRACC is using ”; and two prizes of the American Urological Association in 2005, in the Annual Meeting in San Antonio: Honors distinction for “Vascular Complications in Laparoscopic Urologic Procedures ” and Second Prize for the work “Vesicovaginal Fistula Repair – Our Laparoscopic Technique”.

Member of The Societies